I Came Back from Bataan 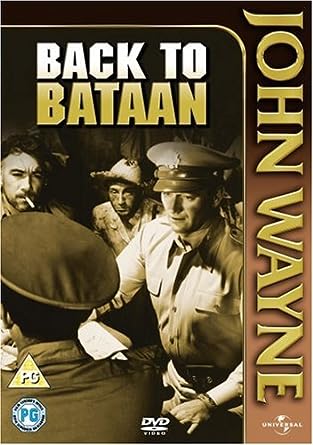 I couldn't even pick up my feet.

I had to slide my feet. When they finally made it an old run down Filipino base called Camp O'Donnell, Frazier collapsed in a patch of grass. More than 30, POWs would die in the camp in coming months. I got to the gate, I saw green grass. He fed me water, poured it down my throat. Three days he stayed with me before I could even recognize him.

We sort of stayed together. We were close. Burial Detail at Camp O'Donnell. The stench of death was overwhelming at the camp, as thousands of men died of dehydration and various wounds after the stress of the forced march. Bodies went rank quickly in the tropical heat, within the first two weeks, as many as six dozen prisoners were dying per day. From the U. Army's official Provost Marshal Report from Nov. It was not unusual to have several of the burial detail drop dead from exhaustion and overwork in the midst of their duties, and be thrown into the common grave which they were digging for their dead comrades.

Not infrequently men who had collapsed from exhaustion were even buried before they were actually dead. Frazier and his friend Gerald were put to work carrying the dead to the mass grave. Take it down to a great big hole, big as maybe ten houses like this. And we would open it up at the edge of the hole.

He's naked. They'd stripped him out. We pulled that pole out, right at the edge, and got there, both of us. We'd just roll them out," Frazier said. I looked at Gerald and I said, 'Gerald, I've got two dog tags. I'm going to throw my one dog tag into the grave, to give my mother and father and family something. He chokes up, his voice fading away. I had wrote them a letter that got there after the war started.

I put my dog tags in that grave. During three weeks at the camp, prisoners were taken out in groups of 20 to work on various details. In all, there were more than 60, American and Filipino prisoners of war in the Philippines at this point. Meanwhile, Frazier noticed that every work crew that went out came back with four or five fewer men than it started with. Most of the dead were Filipino, but at least 2, American soldiers died there as well.

They'd come back with 14 or Kill 'em. It didn't make any difference. They'd just lay out there and they'd go chocolate. That's what we'd call it," Frazier said of the dead left to decay on the jungle floor. After being inseparable for half a year before the war, then in combat and on the Death March, Frazier and Block were separated after three weeks at the camp. I have to admit I did cry sometimes in this whole fighting. He tears up, his voice breaking. And he stood there, and this is what he did, Frazier holds his thumb up over his head, choking up he was sticking his thumb up.

There were 1, POWs on board. Frazier never saw him again, but finally tracked down his family 50 years later and told his descendants what a friend he had been. After they were separated that morning, Frazier left Camp O'Donnell as part of the notorious Tayabas Road Detail, considered by itself another war crime.

About men were marched into the jungle to build a road in May of They slept without blankets or tents on rocks next to a river so polluted they would see feces floating by, and were forced to cook their meager rice rations in a wheelbarrow used by day for mixing concrete. Clobbered by tropical diseases including malaria, beri-beri, dengue fever, and dysentery, and beaten by their captors, more than half of them men on the person crew died in the next eight weeks.

Back To Bataan Theatrical Movie Trailer (1945)

If it rained, you were out, just like an animal. We had no shelter. To get water, you had to dig a hole and let it fill in, otherwise, you might get a horse turd going downstream. Too much work for us. After a month on the detail carving a road bed through solid jungle, Frazier got in an argument with a guard as the group crossed a swinging bridge made of rope.

Remember, this is the same impetuous young man who once drove his motorcycle through a bar. He said something, I said 'Shut up! Can't but two go on there at a time. I put a little a curse word and he knew what it meant. I turned my head to the guy next to me, who says, 'Oh, you really did it. Steel bar. He hit me. He busted me there. Touches his eye. That's what that bust is. Three days I laid unconscious.

Didn't eat nothing. It's a wonder I didn't die. But I made it. I got up, went back to work. They were starting to die from malaria, get sick and just die, or get killed. Within three and a half months, we didn't have but 26 of us still living.

Out of The last person they killed, because he was so sick, was one of my friends. He couldn't even get up in the truck. I tried to put him on the truck, but they wouldn't let me. They beat the hell out of me for trying. Tayabas has gone down in the annals of mistreatment of prisoners alongside the Bataan Death March. Six weeks after the project began, out of POWs were dead. Another survivor who arrived in Bilibid on July 1 swollen to the waist with wet beriberi, covered with scabies, and suffering from dengue, pellagra, scurvy and jaundice.

Those diseases and symptoms match Frazier's when he ended up in Bilibid Prison with the other Tayabas survivors. He remembers the doctors, lacking any formal medicine, saved his life by feeding him orange peels that Japanese guards had thrown in the garbage pit. I needed it bad," Frazier said.

Most of his fellow prisoners from the road detail died in camp. One day, Frazier and 50 other soldiers were put aboard one of the infamous 'Hell Ships' the Japanese used to transport 36, western nation POWs to mainland Japan as slave labor for their factories and fields. The slaves were used to replace Japanese workers serving in the war. The ships were so described because living conditions on them were horrific.

Prisoners were crammed together in cramped quarters with no toilet, no windows, often little or no food, and no beds.

During his time in the camps, Frazier worked on construction of a massive ship dry dock, in a factory that made batteries for Kamikaze submarines, in lumberyards, and at shipping docks. Many of the guards Frazier speaks of were tried and convicted of war crimes based on their treatment prisoners. In all, more than 1, prison guards were convicted of war crimes, with some executed by hanging. I read multiple official accounts from men who were imprisoned alongside Frazier, and the guards described by Frazier as the Pig, the Emperor, and the Sadist appear throughout the accounts.

Below is a description of a beating inflicted on 50 men after raw beans and charcoal were found in the shed where the POWs slept.

Frazier said he was among the 50 men when I asked him about the account. Here's testimony from the war crimes tribunal:. Namba and Sergeant Major Taya fall upon the men and commence beating them with everything from bare hands to leather belts and shovels. The beating started at in the morning and was still continuing when the rest of us left to go to work about an hour later. When we returned at midday for our lunch the men were still being beaten. I again saw them being beaten as I went back to work at one o'clock and, although I was in the barracks between twelve and one, could hear the beating continuing all the time and the sound of the blows being struck.

When we returned from work at in the evening the men were still being beaten by the same guards.

I had to stay in my barracks after returning from work at until the next morning but I could hear the blows falling on the 50 prisoners until the beating finally ended about nine o'clock p. I was about 50 feet from where the beating was going on outside our barracks, although some of the POWs were nearer and some farther away from me. Frazier himself was almost beaten to death several times in the Japanese camps, including at the hands of the Pig. In one instance, Frazier was sentenced to death by the camp commander for mouthing off after he was caught marching with his hands in his pockets during subzero temperatures.

I said, 'I didn't intend to break any regulations, but I'm dirty, raggedy, and I don't have any clothes to keep me warm, treating us like dogs. The major hit his fist on the desk. 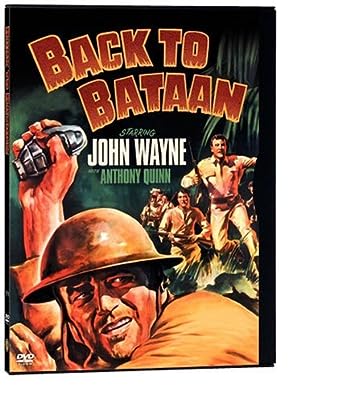 Related I Came Back from Bataan